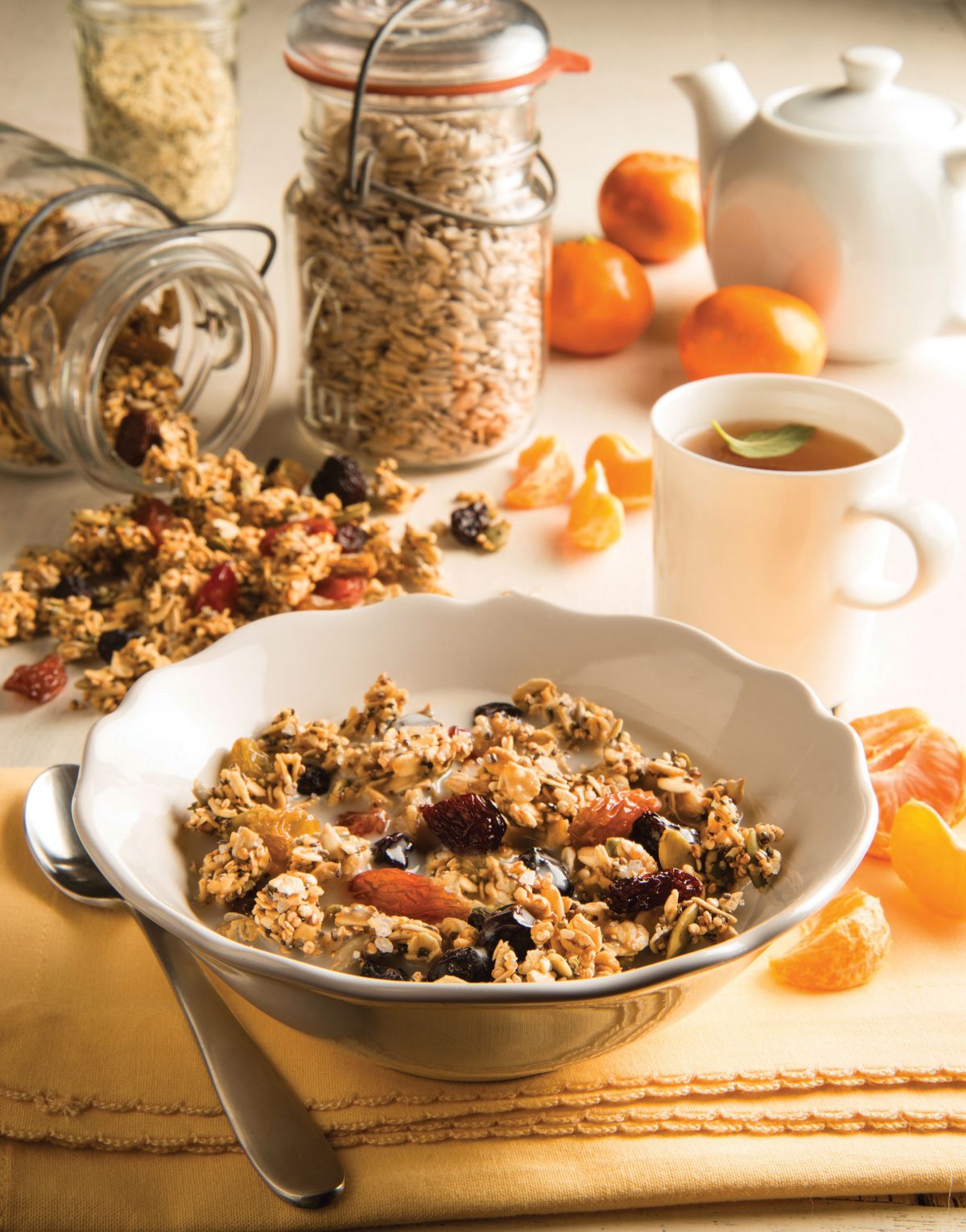 From Sweet, Savory, and Free by Debbie Adler

The first time I made granola, I told my son that it was a new cereal he could eat in the morning. He looked dubiously at the bowl of toasted, caramelized oats, seeds, and dried fruit and said, “Where’s the cereal?” I realized then that he was so used to getting his breakfast from a box that anything else was suspect. That was the day I got an F on my mommy report card! After that, I was determined to make sure my son ate mostly unprocessed foods and more of the “real” stuff. The transition was not as hard as I thought it would be, and now this granola is his favorite thing to eat, any time of the day. The crunchy texture, the “popped” quinoa, which is a revelation in and of itself, and the natural sweetness of it all is a slam-dunk in deliciousness.