Staying Vegan in a World That Wants You to Eat Meat, Dairy, and Eggs 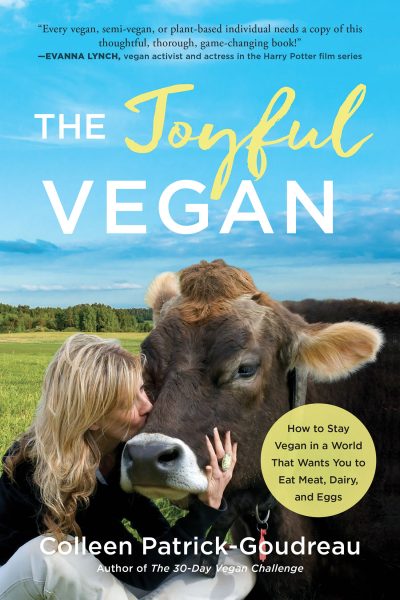 Finding plant-based recipes? Easy. Dealing with the social, cultural, and emotional aspects of being vegan in a non-vegan world? That’s the hard part.

The Joyful Vegan can help.

Many people choose veganism as a logical and sensible response to their concerns about animals, the environment, and/or their health. But despite their positive intentions and the personal benefits they experience, they’re often met with resistance from friends, family members, and society at large. These external factors can make veganism socially difficult—and emotionally exhausting—to sustain.

This leads to an unfortunate reality: the majority of vegans (and vegetarians) revert back to consuming meat, dairy, or eggs—breaching their own values and sabotaging their own goals in the process.

Colleen Patrick-Goudreau, known as “The Joyful Vegan,” has guided countless individuals through the process of becoming vegan. Now, in her seventh book, The Joyful Vegan, she shares her insights into why some people stay vegan and others stop.

Rather, people stay vegan or not depending on how well they navigate the social, cultural, and emotional aspects of being vegan: constantly being asked to defend your eating choices, living with the awareness of animal suffering, feeling the pressure (often self-inflicted) to be perfect, and experiencing guilt, remorse, and anger.

In these pages, Colleen shares her wisdom for managing these challenges and arms readers—both vegan and plant-based—with solutions and strategies for “coming out vegan” to family, friends, and colleagues; cultivating healthy relationships (with vegans and non-vegans); communicating effectively; sharing enthusiasm without proselytizing; finding like-minded community; and experiencing peace of mind as a vegan in a non-vegan world.

By implementing the tools provided in this book, readers will find they can live ethically, eat healthfully, engage socially—and remain a joyful vegan. 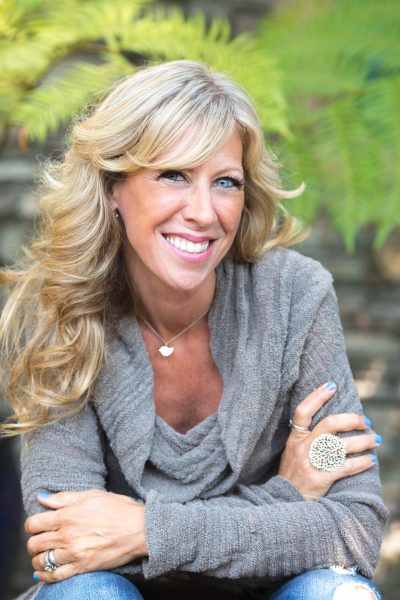 A recognized expert and thought leader on the culinary, social, ethical, and practical aspects of living vegan, Colleen Patrick-Goudreau is an award-winning author of seven books, including the bestselling The Joy of Vegan Baking, The Vegan Table, Color Me Vegan, Vegan’s Daily Companion, On Being Vegan, and The 30-Day Vegan Challenge. She is an acclaimed speaker and beloved host of the podcast Food for Thought, which has been voted Favorite Podcast by VegNews magazine readers several years in a row, and Animalogy, which is about the animal-related words and expressions we use every day. She also co-founded the East Bay Animal PAC to work with government officials on animal issues in the San Francisco Bay Area.

Colleen shares her message of compassion and wellness on national and regional TV and radio programs and as a monthly contributor to National Public Radio (KQED). She has appeared on the Food Network, CBS, PBS, and FOX; interviews with her have been featured on NPR, Huffington Post, U.S. News and World Report; and her recipes have been featured on Epicurious.com and Oprah.com. Colleen lives in Oakland, CA with her husband David and two cats, Charlie and Michiko. 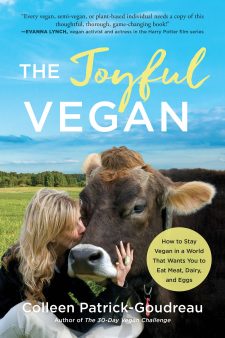 The Joyful Vegan is a breath of fresh air in a world that, far too often, thumbs its nose at people who prioritize compassion. Every vegan, semi-vegan, or plant-based individual needs a copy of this thoughtful, thorough, game-changing book!

The Joyful Vegan resonates deeply with me. Colleen Patrick-Goudreau identifies exactly what we need more of in our interactions with one another: greater empathy, understanding, and respect for our common humanity.

Colleen Patrick-Goudreau has a unique ability to communicate with conviction and moral clarity while also acknowledging the gray areas of ethical living. With The Joyful Vegan, she gives voice to the universal challenges vegans face while empowering us with exactly what we need to overcome them. This book is a game-changer for new and veteran vegans alike. 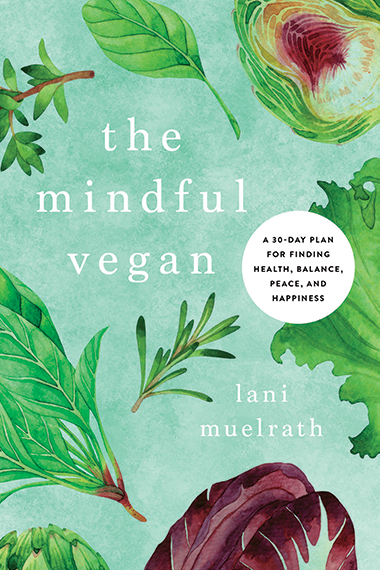 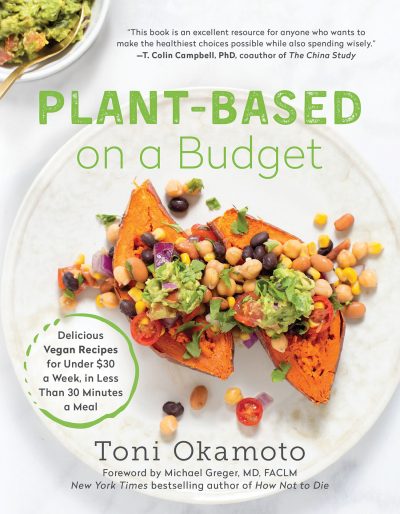 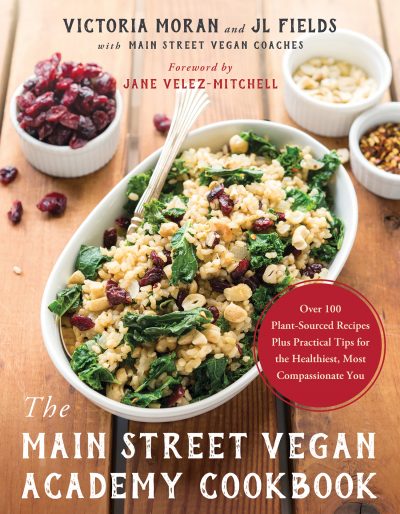